Well, what a whirlwind of 2 years that was. Around 400 shows all over Spain, meeting new people and seeing so many new places. What I loved most about the type of shows that Moving On does, is how we involve specific audience members; bring them up on stage and make them an actual part of the storyline. It put my improvisational skills to great use, as you never know what can happen when you are dealing with random kids, teenagers or adults. I loved the unpredictability of it all and it meant we seemingly never performed the same show twice.

Switching between 2 different shows (one for kids and one for teenagers/adults) was challenging at times, especially when we did them back to back, but it was always enjoyable. Performing on stage everyday for large audiences was an incredible feeling but so was learning how to operate as a 2 man team and essentially become set, sound and lighting technicians too.

When on tour, my actor partner Michael and I had to share the driving of our little tour van, which had all the set in the back. What was so refreshing about driving in Spain was the traffic, or lack thereof. In England, we wouldn’t have made it to half of our show schedule due to traffic jams but here in Spain, sometimes we were the only ones on the road and only rarely came up against traffic in the big cities like Madrid or Barcelona.

When we arrived at the theatre, we would unload the van and begin setting up the stage. Michael was in charge of putting up the main part of the set, and I would set up the sound system. We would both set up our backstage area, ready to receive our participants from the audience. All our shows had a pre-show element, which I loved as we got to have a general chat with individuals in the audience (in character of course).

It was always a good feeling seeing how well audiences responded to the shows and how it made them realise that not only could they understand English but that they could come up on stage and speak it. Our shows were designed for Spanish students of English and our comedy style of performing really helped to set a fun, relaxed atmosphere. The shows were all originals, written by the company manager and featured original songs too.

Outside of performing, tour life was also varied and interesting and we stayed in some really lovely hotels and hostels. I loved discovering how each part of Spain has it’s own culture and food, drink etc. We had time to explore in between shows and we definitely soaked up the atmosphere in each place we visited. For me, Seville was a firm favourite, with it’s beautiful buildings and bustling streets.

The only reason I am leaving the tour life is certainly not because of the shows. I could perform in the theatre everyday; I thrive on it and the Moving On shows were always so varied. However, I felt this pull to just stop and stay in one place- I have been travelling for a fair chunk of my life and having moved to Asturias, I really have fallen in love with it. I have had my flat in Gijón for 2 years whilst touring but would only be there at the weekends and I want an opportunity to really get to know this beautiful city I now call home. I will miss performing everyday for sure but I look forward to new opportunites ahead and am glad to finally have that feeling of ‘belonging’ in a place 🙂 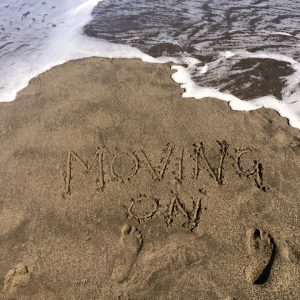